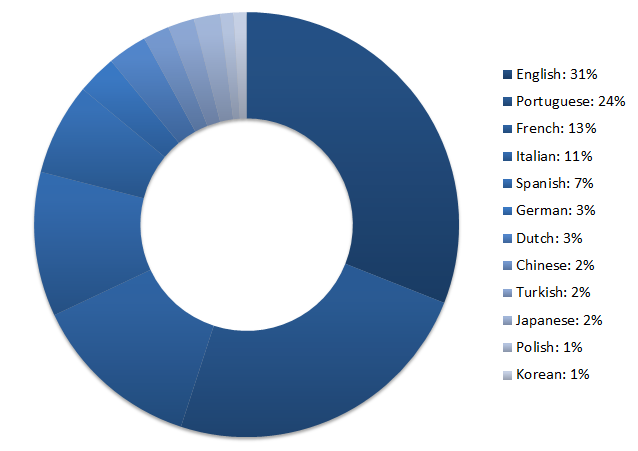 What are the 2014 top languages to watch out for?

When defining your global content strategy, how do you decide what languages to prioritize?

What are the 2014 top languages to watch out for? Meaning, which languages were most used in 2013?

Two reports, one by Lexcelera and one by the Common Sense Advisory, an independent Massachusetts-based market research company, strive to answer that question.

Trending now: The chart below shows the top languages that are currently trending with Lexcelera customers.

Which languages are the economic heavy hitters in the world today?

This week, the Common Sense Advisory published its report on the top languages online.

In their report, they identified the most important languages in terms of:

By this measure, 20% of the online population are English speakers, but their purchasing power represents 26% of the world online wallet.

These measures are designed to help you benchmark the size of the economic opportunity represented by the different languages.

In conclusion: “You will need to support a widening variety of languages in just the next couple of years.”

The reports from both translation company Lexcelera and the Common Sense Advisory can help you decide what languages you may need to use this year, and the next.