You are here:
Press releaseTranslators without borders 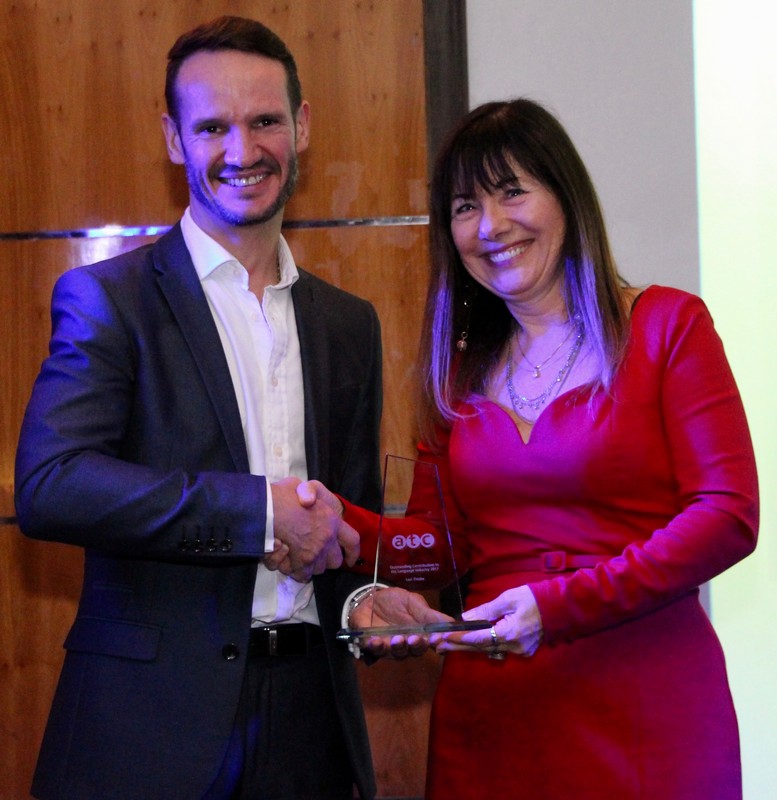 London, September 21st 2017. Lori Thicke has received the ATC award for ‘Outstanding Contribution to the Language Industry’. The Association of Translation Companies (ATC) recognized Lori for being an industry inspiration after creating translation company Lexcelera more than 30 years ago and later founding Translators without Borders (TWB), the world’s largest translation charity.

Lori Thicke is recognized for her contribution to the language industry

“I was proud to receive such an honour from the ATC,” said Lori Thicke, the Founder and CEO of Lexcelera.

“But this award isn’t just for me: it’s recognition of the voluntary work that so many people have done for TWB – the tens of thousands of translators, project managers, interpreters, editors and language service providers who support us.”

According to the ATC website, “Canadian Lori founded translation company Lexcelera in Paris in 1986 and it has since grown to a global organisation with offices in London, Paris, Vancouver, Buenos Aires and Singapore.

She founded TWB in 1993, expanding it considerably after the 2010 Haiti earthquake, and it has donated nearly 50 million translated words in just the last six years to humanitarian organisations around the world.

About the ATC Award

The Association of Translation Companies (ATC) is the world’s longest established professional association representing the interests of Language Service Providers. It was incorporated in 1976 by a group of translation companies in Britain.

The ATC has expanded significantly over the last 40 years and now has members from all over the world. It is the leading voice for companies operating in the UK’s expanding language services industry, which is worth more than £1 billion and employs more than 12,000 people.