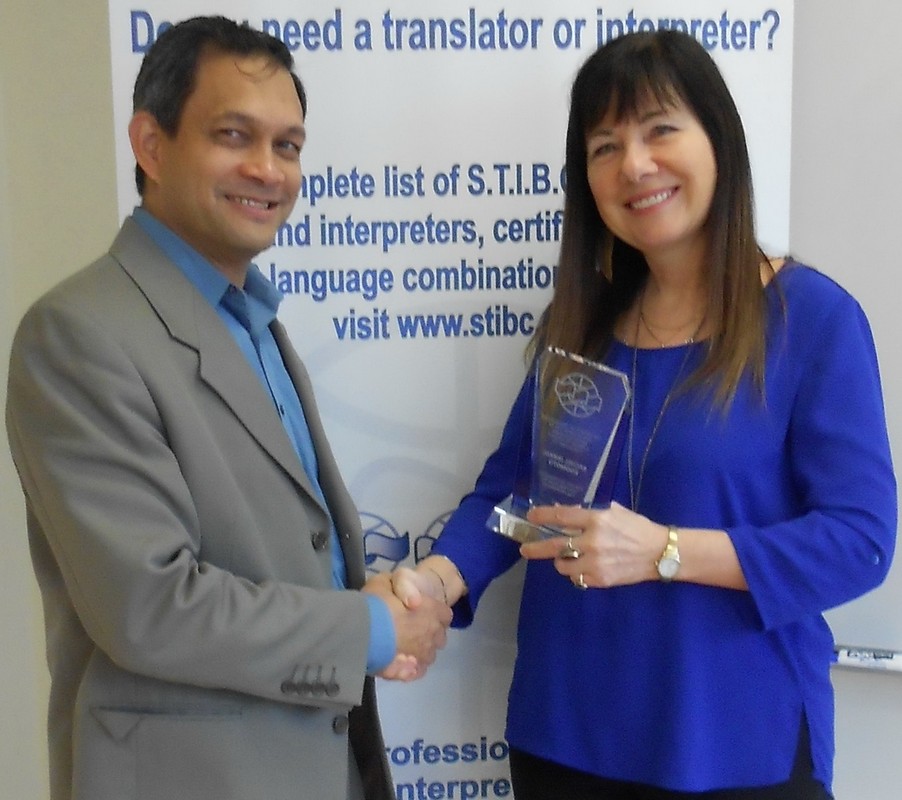 Paris, January 31st, 2016 – Lori Thicke has been awarded the STIBC award “for her dedication to the profession and for inspiring all translators and interpreters to work toward a higher goal globally.”

Lori is the CEO and founder of translation company Lexcelera. She also co-founded Traducteurs sans frontières in 1993 with Lexcelera co-owner Ros Smith-Thomas. In 2010, Lori went on to found Translators without Borders which is today the world’s largest translation charity.

Recent crisis translations provided by Translators without Borders have included:

Translators without Borders has also established a translator training centre in Nairobi, Kenya. In addition to projects such as translating Wikipedia health information into local languages, and translating storybooks for African schoolchildren, the centre has trained over 100 African language translators