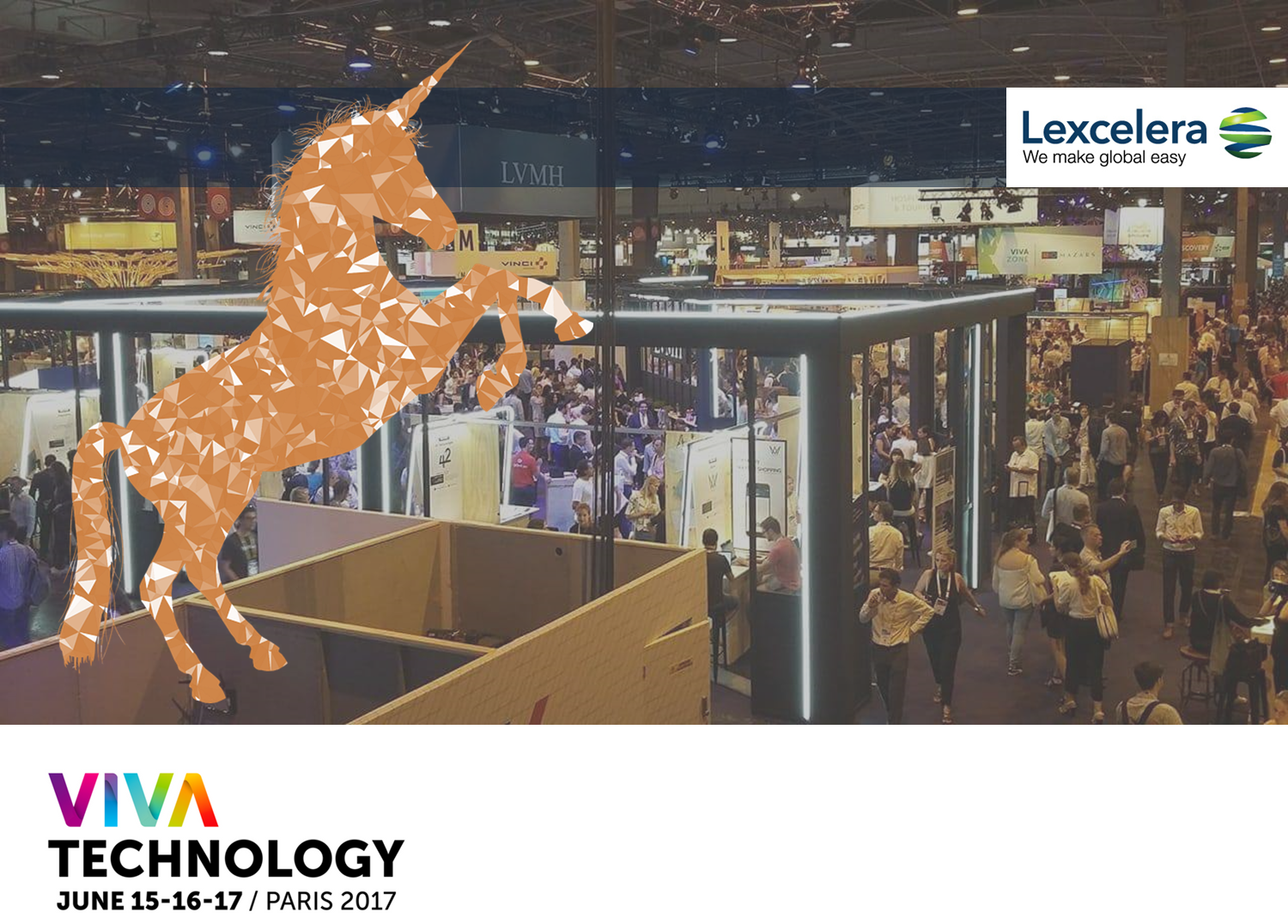 June 2017: Lexcelera is present at VivaTech in Paris.

Bringing innovation in start-up translation technology to some of the world’s most innovative companies.

For a young entrepreneur, France’s VivaTech exhibition is the ideal hub for strategic meetings. And for established companies, like Lexcelera clients BNP Paribas and SNCF, VivaTech is a reflection of their growth strategies based on technology and innovation.

Held at the end of June, VivaTech was such a significant event that French President Emmanuel Macron himself was also present, declaring his desire for France to be a Start-Up Nation. Therefore, Macron’s vision is for France to become a country of the tech giants of tomorrow, a country of unicorns.

But there may be a little way to go for that. According to CB Insights, there are just 18 unicorns in Europe – that is, 18 companies valued at $1 billion or more. Of these, just 2 are in France: BlaBlaCar (ride-sharing) and OVH (Big Data). But VivaTech aims to set the stage for many more unicorns to come.

The trend has already begun. At the end of 2016, Paris surpassed London in terms of funding for start-ups. Now, France has become the second largest country in Europe for start-ups. With VivaTech, France aims to become the start-up capital of Europe and second only to Silicon Valley globally.

If Paris is aiming to be the San Francisco of technology, VivaTech aims to become the “Cannes” of the start-up world. That’s why it’s not too early to put VivaTech on your calendar for 2018!

In March, Maddyness, the French start-up magazine reported that between 2015 and 2016, 9400 startups were registered in France, the highest number ever. Among them are the future unicorns of technology and innovation who know that to develop, they need to look beyond the borders of France.

Lexcelera is ready to help. A little-known fact is that Lexcelera’s innovation in language technology is due to the fact that annually, it allocates 7% of its resources to R&D in translation technologies. This means being ready to support companies to expand internationally, and maybe even help them to become unicorns.