Translation in motion: Gurdeep Pandher dances the Bhangra across cultures

You are here:
CommunicationHuman interests

You just dance with him. And you smile and laugh.

That’s what turban-bound Gurdeep does to you when he does his Bhangra, a folk dance from Punjab.

Gurdeep migrated to Canada in 2006 and has since been a teacher of Bhangra and author, but above all a lifter of spirits. He has danced and taught the Bhangra in all kinds of places: from a Canadian firefighter training base to a navy warship. During the 2020 pandemic, he produced and posted one Bhangra dance everyday. He offered pay-what-you-can Bhangra lessons to anyone who wanted to learn – more than 5,000 people signed up.

Gurdeep’s motto is, “Joy is more than having fun. Joy means your nerves are calm, your anxieties are elsewhere.” He mostly dances outdoors, even when it’s -45 degrees Celsius outside. He dances for the sheer joy of it, to bring people together, and even to celebrate his Covid-19 vaccine.

Bhangra is a folk dance from the state of Punjab spread across the countries of India and Pakistan. Punjabi-Sikh farmers traditionally dance the Bhangra to celebrate the food they grow and harvest and their relationship to the land. They break into Bhangra to celebrate pretty much any major milestone in their life: marriage, childbirth, or at festivals.

You can do Bhangra quite energetically or you can set your own pace. Gurdeep leans towards the latter style, making it very accommodating, forgiving, and liberating.

Folk dances, unlike classical dances, usually have an all-encompassing nature. Everyone can step in and soon be a part of the group energy that suddenly seems to spring forth. Bhangra movements open up the body, with arms being raised high and legs kicking outward rhythmically. Gurdeep couldn’t have chosen a better happiness tool. He truly believes in the power of Bhangra. He told Christian Science Monitor, “If you’re dancing Bhangra, and you are not happy, that is not Bhangra, even if you are doing all the moves perfectly,” he says.

Though Gurdeep has lived in many towns and cities across Canada, Yukon is the place he calls home. It wasn’t by coincidence, but a very deliberate choice he made after touring the country, as Yukon reminded him the most of his village in Punjab.

He has now claimed the status of being the most famous person from Yukon on social media. He has taken Bhangra to Yukon schools and danced in its wildernesses, hardly seeming to notice that it’s freezing outside.

When one watches Gurdeep on the snow-smoothened landscapes of Yukon and you hear the drums beating in the background, in a way it feels like translation. Gurdeep uses dance to speak to anyone, irrespective of their language. Dance is the way he translates the spirit of rustic Punjab into a universally accessible and intelligible language.

Like a translator, Gurdeep is bridging cultures. But unlike a translator, his work is easier in a way as he does not have to deal with words. We have all enjoyed the fruits of translation at some point or the other in life, but we seldom stop to think about what translation involves. It might seem to be merely converting the words from one language into another. It might not seem like a creative work of art. But that’s what it usually is, even when you might be translating commercial content.

For, a translator stands not just between two languages, but two universes. Firstly, their own right understanding of the original is critical. And then, they must navigate through to the target language and find the right words that will accurately convey the sense of the author. Not always easy. Never a mere mechanical action of interchanging word from one language to another.

While Gurdeep might not have to contend with the world of words, he doesn’t shy away from challenges. Going out into the freezing climes of rugged Yukon and dancing Bhangra everyday during the pandemic… just to spread a little cheer in the world – it does take a heart full of courage and love to do that.

Gurdeep says that when one starts dancing, all the differences melt away. “We create differences that don’t actually exist and the more we start thinking about these differences the more we confirm that they exist,” he says. “Instead we need to find the goodness in people. And that’s what I’m doing through my dance work.” 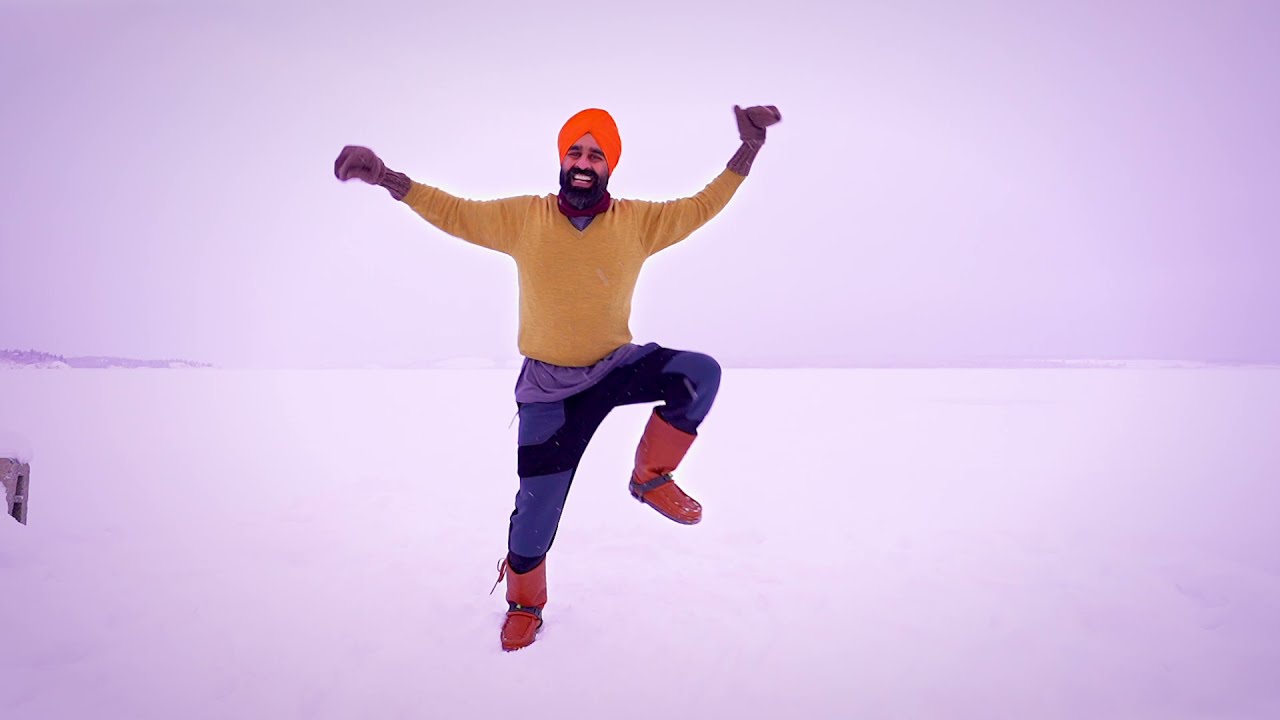 More power to you and all those who dance with you – from the Lexcelera family. Merry Christmas!

What is e-learning localization?
19 October 2021